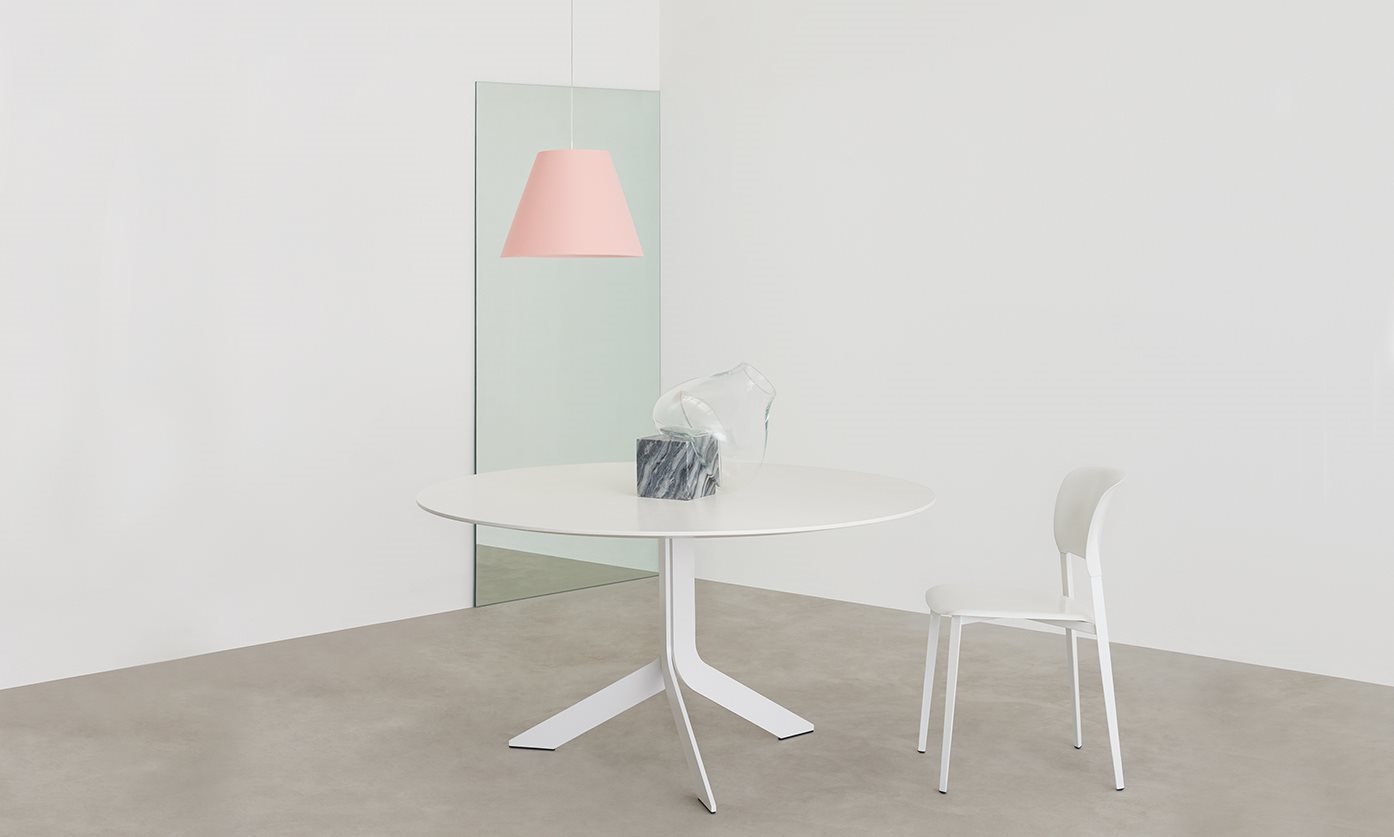 Design is similar to an alchemical mix, creating new universes and galaxies with stars and distant, diverse planets. It’s a big bang of projects and designers, products, business choices, new technologies and research. The history of Italian design is a series of such unforgettable fulminations resulting in design icons that blaze brightly in the firmament. What a thrill it is being present before that fateful moment. Simply imagine the magic to come!Such alchemy is a fundamental element in the partnership between Desalto and Gordon Guillaumier, who this year will become the company’s new art director.

On one hand, Desalto with its metalworking roots has been forged and moulded over the years into a design innovator which shapes chic, well-balanced furniture. On the other hand, Guillaumier, a brilliant, conceptual designer, loves to first research projects before deciding the shape.Gordon Guillaumier is a born explorer, just as every island native. The effect is even stronger in his case since the island is Malta, a truly international yet also Mediterranean country.

In fact, Guillaumier studied in Switzerland, England and later Italy, significantly enriching his experiences and noticeably influencing each one of his projects. Desalto has been a point of reference in furniture design for 30 years, thus strengthening the Brianza area north of Milan as a breeding ground for Italian design. Originally a metalworking company, subsequent generations have taken this ability to work with steel to creatively reshape how we live, while radically transforming the family-run business. Gordon Guillaumier will enter into this world, carefully handling products, exhibit design, and communication activities and forming a link among them. He will be surrounded by Desalto’s history, ambition and magical creativity. Just imagine what will happen.