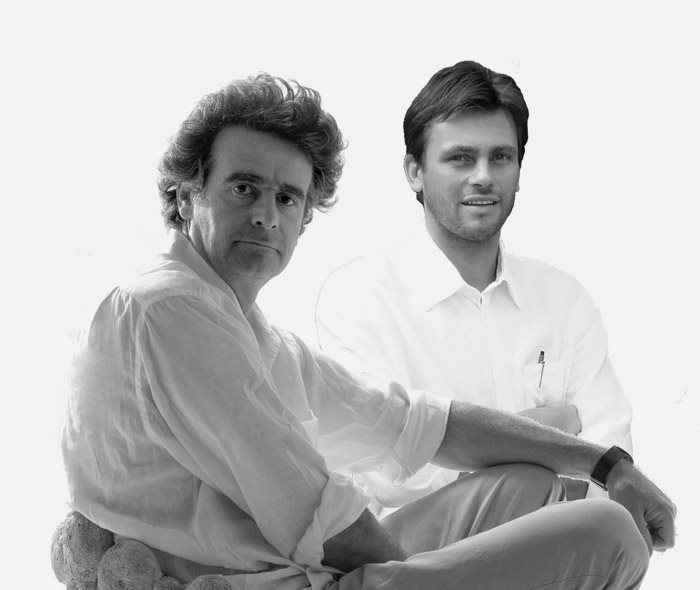 Riccardo Blumer
Born in Bergamo in1959. He graduated in Architecture at Politecnico of Milano in 1982. From 1983 to 1988 he worked together with arch. Mario Botta, in Lugano, and he was involved in projecting, exhibitions and publications. Since1988 he has been working as an architect and designer cooperating with leading companies of the sector, such as Artemide, Desalto, Poliform, Ycami, B&B and Flou; and projecting important interiors, such as the Scala of Milan. In 2010 the chair Entronauta, for Desalto, enters the permanent collection of the MoMA museum in New York. In 2011, the international jury of the XII Compasso d’Oro ADI awarded the chair Entronauta with the “Menzione d’Onore Compasso d’Oro”.


Matteo Borghi, was born in Varese in 1976, where in 1994 he finished the high school at Liceo Artistico “A. Frattini”. In 2004 he graduated in Architecture at Politecnico of Milan. He has been working from ever in the family company which produces jewels, silverware and sacred art. Between 2003 and 2004 he cooperated with some architectural studios.
From January 2005 he works in the studio of arch.Riccardo Blumer and he is a co-author of Design projects.